Tiny Rollers To Help Back Flexibility 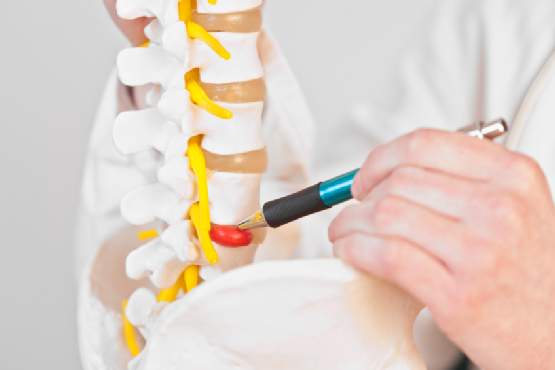 A tiny ‘roller’ inserted in the spine may be a new way to treat back pain. The device has been designed to replace damaged discs, and provide the same range of movement as the real thing. Once implanted, the replacement disc has a rolling action to allow the spine to move in different directions. It’s intended as an alternative to fusion, where bones either side of the damaged disc area are welded together to reduce pain.

Spinal discs, which contain a gel-like substance, help cushion the vertebrae during movement. While they are critical for movement, the discs can become the source of back pain when they degenerate. In some cases they can split — the gel then bulges out and presses on the nerves. This can cause pain in the area around the disc as well as the part of the body controlled by the nerve.

Advancing age, genes, and general  wear-and-tear can lead to degeneration of the discs. Treatment ranges from painkillers and physiotherapy, to different types of surgery. One of the most common forms is spinal fusion. Here, the vertebrae on either side of the damaged disc are welded together to make one solid bone — this is done by inserting a piece of metal between the vertebra and the disc; new bone then grows over it and ‘cements’ it all together. The theory is that if the painful vertebrae can’t move, they won’t hurt. 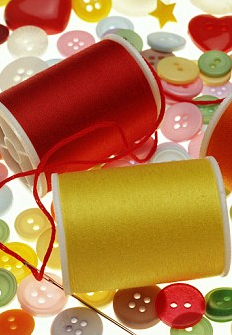 The device is the same size as a short cotton reel and consists of two plates, sandwiching a roller. This roller can move forwards and backwards, as well as side to side. The device is inserted between the vertebra and disc — tiny spikes in the plates anchor it in place, leaving the roller unimpeded. Early tests on animals and human spines suggest that the device does provides significantly more flexibility than standard disc replacement. The researchers are now using the device in larger clinical trials, and if these are successful they hope to launch the technology in the next three years.

Commenting on the technology, Jane Tadman of Arthritis Research UK said: ‘We welcome news of this new implant. Disc replacement allows a close approximation to the normal spine by allowing it to remain flexible, however new designs need adequate testing.’

Meanwhile, a horseshoe-shaped implant of ‘memory metal’ that may increase the success rate of spinal fusion surgery has been developed by scientists. The strip of metal is inserted into the back to treat damaged discs, and once in place it  coils back into the shape of a  horseshoe. Tissue then grows in and around it to secure the back and reduce pain.

Results from the first use of the device show a 100 per cent success rate, with a fourfold drop in measures of pain and disability. The new implant is made  from a special flexible metal known as nitinol. The material has a ‘memory’ which means that once it is  bent it always remembers its original shape. This material is also used to make ‘bendy’ spectacles that return to their original shape, and the scientists say that the metal has a similar flexibility to the vertebrae in the spine.

Before use, the new device is bent from a curved horseshoe shape into a long straight piece of metal. The surgeon can then insert it through a small keyhole incision made in the back above the defective joint. It goes into the disc space, and once inside the spine the heat of the body causes to it revert to the horseshoe shape. This fits snugly inside the space between the bones of the spine, and is held in space by tiny spikes on the edges. The device has small diamond-shaped holes along its  length which are designed for bone to grow into so that  the joint becomes stronger  and permanent.

Results from its first use in 25 patients, aged 23 to 71, with degenerative dish problems, shows a 100 per cent fusion success rate after two years. Pain levels went down from a score of 40 to 10, and the disability score dropped from 38 to nine, say scientists at the University of Groningen in  the Netherlands who developed the device.