The Death of Lasers in Spine Surgery?

The experts at Center for Spine and Orthopedics will, most often, initially recommend conservative treatment since functional restoration can be achieved with non-surgical intervention in up to 80 percent of cases. In other cases, when surgery is clearly required, our experts will use the least invasive surgical procedure available to achieve your desired outcome. Read below for an interesting article about the use of lasers in spine surgery and the common misconceptions around its use in surgical procedures. 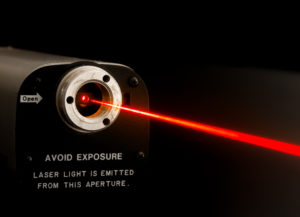 In the early 1960s, dermatologists began using ruby lasers to remove port wine stains and melanomas. Since then, lasers have been used in other fields, including cosmetic surgery, genetics, oncology, and ophthalmology. The laser—an acronym for light amplification by stimulated emission of radiation—plays a vital role in numerous medical fields. An intense, focused beam is created from emission of light waves in the same phase and at the same frequency (i.e., coherent).

Due to the profound impact of laser technology across medical specialties, there has been increasing interest since the late 1980s in incorporating lasers into orthopedic surgery, particularly spinal surgery. Lasers are used in surgery to perform specific functions in patients’ tissues. Such functions include cutting, coagulation, and ablation. The energy generated by the laser is a product of the power, measured in watts, and the tissue’s time of exposure to the laser. In spine surgery, the most common laser application is disk ablation, during which a laser is attached to a surgical microscope and controlled via a joystick. In percutaneous applications, the laser is implemented with a fiberoptic handpiece.

A recent review of the role of lasers in spine surgery in the Journal of the AAOS concluded that no clinical or preclinical data suggest a benefit and that there are some specific disadvantages to the use of lasers in this area.

However, despite the lack of peer-reviewed publications, patients with spine problems express significant interest in laser-assisted procedures. Since 2011, “laser spine surgery” has led the Google searches of spine-specific surgery terms, such as “minimally invasive spine surgery” or “artificial disk replacement.” Many of the proclaimed advantages of laser spine surgery—including minimal invasiveness, less blood loss, and less scarring—are powered by internet marketing.

It is likely that patients envision laser spine surgery as percutaneous laser diskectomy, which results in minimal blood loss and no incision. 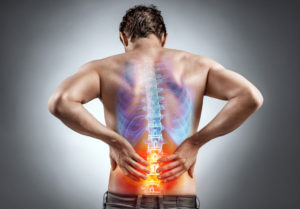 One often laser-guided procedure is percutaneous diskectomy, an interventional pain management technique that seeks to reduce diskogenic back pain by ablating the disk, thereby reducing intradiskal pressure. Although ablation can be achieved with a laser, chymopapain injection and intradiskal electrotherapies also have been utilized. In recent years, percutaneous diskectomy techniques have fallen out of favor due to limited evidence and safety concerns.

Recently, a large prospective, randomized, nonblinded clinical trial compared percutaneous laser diskectomy to traditional microdiskectomy in 128 patients. After two years of follow-up, the microdiskectomy group had an earlier symptom recovery rate and a lower revision rate (21 percent versus 52 percent). Patients who underwent percutaneous diskectomy had a greater than 50 percent likelihood of requiring a second surgery. Thus, the study did not demonstrate any advantages to percutaneous laser disk ablation and indicated a significant complication (reoperation) rate.

Several smaller, retrospective case series have reported that lasers have been used to ablate disks following foraminotomy, carry out diskectomies for interbody fusions, and perform facet joint medial branch rhizotomies. However, in almost all applications of open spinal surgery, no significant differences have been reported in outcomes between patients undergoing laser-assisted versus traditional surgery.

There are also unique complications from lasers in open surgery, such as one case report that documented a patient having an iatrogenic iliac artery injury during an open microdiskectomy following laser-assisted spine surgery, raising concerns of possible risk to visceral organs from overpenetration of the laser through the disk space.

Spine center closes
On March 1, one of the largest providers of laser-assisted spine procedures, Laser Spine Institute, of Tampa, Fla., ceased operations, shuttering its remaining surgical centers. There was little warning for the more than 500 employees and patients. The patients had often spent considerable sums to fly to the facility. Although several centers continue to offer such procedures, many payers consider laser spine surgeries to be unproven technology and do not cover them.

The demise of the Laser Spine Institute may be due, in part, to the lack of peer-reviewed research demonstrating a compelling benefit to laser technology. Both the North American Spine Society and the Canadian Agency for Drugs and Technologies in Health recommend against laser spine surgery.