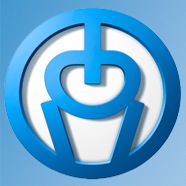 Dr. Michael Janssen and the rest of us at CSD are very proud to announce our new relationship with Synthes! The hard workers at Synthes develop, produce and market instruments, implants and biomaterials for the surgical fixation, correction and regeneration of the skeleton and its soft tissues​​, and are the providers of the ProDisc Surgeon Locator, a surgeon locator tool that you can use to find ProDisc-trained surgeons in your area.

ProDisc is a Total Disc Replacement (TDR) technology platform that offers a surgical alternative to spinal fusion. Qualified patients generally suffer from a single level degenerated disc in the upper (cervical) or lower (lumbar) spine. ProDisc implants are intended to relieve pain while allowing the potential for motion at the diseased spinal segment.

Synthes Spine is currently the only company in the United States to offer Total Disc Replacement devices for both the upper and lower spine.