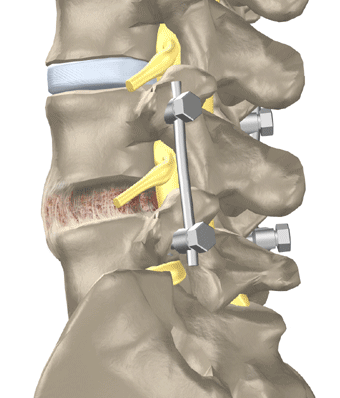 Studies have demonstrated that the rate of non-fusion in smokers is as much as twice that found in non-smokers. Although the studies on non-fusion rates are highly variable depending upon the procedures used, the fusion rates for non-smokers is about 5% to 15% whereas in smokers it is approximately 20% to 30%, or higher. Most theories as to why this occurs relate to the negative effects nicotine has on bone growth (which is essential for achieving a spinal fusion).

One of the most negative effects of nicotine is decreased revascularization of the bone graft. In essence, the bone graft does not get enough nutrients due to a lack of blood supply and, therefore, does not grow and cannot form a fusion. Another recently discovered effect of nicotine is that it may have anti-inflammatory effects, which also interfere with fusion healing.

Not only does smoking effect the actual fusion, but it has also been found to be associated with other outcomes to spinal fusion surgery. These negative effects of smoking have been found in patients regardless of whether or not the fusion was actually successful.

When smokers and non-smokers both with successful fusions are compared on many other outcomes measures, the non-smokers typically do better overall. This is probably due to the fact smoking affects spine and other health issues. For instance, smoking has been found to accelerate the rate of disc degeneration and this might contribute to ongoing spine problems even after a spine fusion. Also, smoking is related to a number other health issues (e.g. cardiovascular and pulmonary disorders, etc.) which might interfere with a spinal fusion patient regaining a return to normal function.

An excellent study by Glassman, Anagnost et al. (2000) investigated the effects of smoking and smoking cessation on spinal fusion outcomes. As part of their analysis, they looked at the return to work rate in smokers versus non-smokers, all of whom had a successful spinal fusion surgery (they had a solid fusion). The investigators found the following return to work rates:

As can be seen, even in patients with a successful fusion, smoking had a negative impact on their ability to return to work. Interestingly, for those patients who were able to quit smoking for an extended period of time, their return to work rate was similar to the non-smoking group. The Glassman et al. (2000) study also found that non-smokers were more satisfied with the surgery outcome overall, even when comparisons were made only for patients who obtained a solid fusion.

The amount of smoking also had an effect on patient satisfaction with spine fusion surgery. Smoking groups of less than a pack per day (PPD), one to two PPD, and greater than two PPD were compared. It was found that the more a person smoked, the more dissatisfied he or she would be with the spinal fusion surgery overall. The results of the Glassman (2000) study are consistent with previous research done in this area.