Cause of Second Most-Common Arthritis Discovered 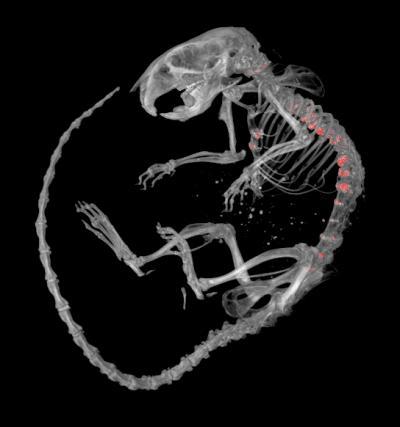 Researchers have made a breakthrough into the second most-common form of arthritis that, until now, has eluded scientists.

“Diffuse idiopathic skeletal hyperostosis” or DISH, affects between 6 percent and 12 percent of North Americans, usually people older than 50, according to the Arthritis Society. DISH is a form of degenerative arthritis and characterized by the formation of excessive mineral deposits along the sides of the vertebrae in the neck and back. Symptoms of DISH include spine pain and stiffness and in advanced cases, difficulty swallowing and damage to spinal nerves.

The cause of DISH is unknown and there are no specific treatments, according to a release by University of Western Ontario in Canada. Researchers at the university’s Bone and Joint Initiative collaborated with Doo-Sup Choi at the Mayo Clinic in Rochester, Minn., to discover the first mouse model of this disease. The research is published online in the Journal of Bone and Mineral Research.

“This model will allow us for the first time to uncover the mechanisms underlying DISH and related disorders. Knowledge of these mechanisms will ultimately allow us to test novel pharmacological treatments to reverse or slow the development of DISH in humans,” says corresponding author Cheryle Séguin of the Skeletal Biology Laboratories and the Department of Physiology and Pharmacology at Western’s Schulich School of Medicine and Dentistry.

The mice studied had been genetically modified to lack a specific membrane protein that transports adenosine. These mice developed abnormal calcification (mineralization) of spinal structures.