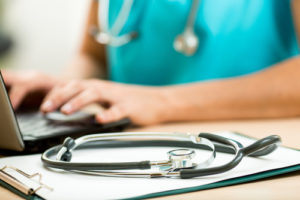 AnaMaria Buscietta, Medical/Personal Assistant, was recently announced as the Center for Spine and Orthopedics’ Associate-of-the-Month. AnaMaria joined CSO in September 2001, initially serving at the front desk. Later, she became Dr. Janssen’s personal assistant and handles his personal matters as well as running his clinic and scheduling his surgeries. The individual who nominated AnaMaria wrote:

“Anamaria goes above and beyond her normal duties as a surgery scheduler. She has organized trips for several of the physicians, not just Dr. Janssen’s personal things. She is always on stand by for any issues that may arise for the doctors when they are on these adventures. She is always willing to help out with other tasks in the office as well.”

“I am very grateful and honored to receive Associate of the Month,” said AnaMaria. “I enjoy working for amazing surgeons and with a great team!”