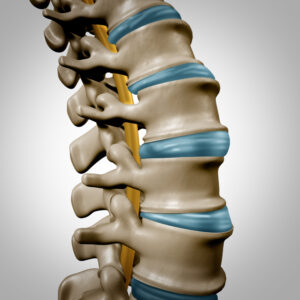 The Center for Spine and Orthopedics is participating as investigators in the Centinel Spine Clinical Study comparing the safety and effectiveness of prodisc® products in the treatment of Two-Level Symptomatic Cervical Disc Disease (SCDD). Continue reading the press release below for more information.

The prodisc® products being used in the trial are built on the prodisc® technology platform, the most widely used Total Disc Replacement system in the world. No other disc replacement system has been studied more, with over 13,000 patients reported on in more than 540 articles over a global clinical usage period of over 30 years. The prodisc technology has been validated with over 125,000 device implantations and a reported reoperation rate of less than 1%. The prodisc C Vivo has been used outside the US for over 10 years, and the prodisc C SK device is an evolution of the original prodisc C with a smaller keel design.

The Mobi-C (Zimmer Biomet) is FDA approved for 1- and 2-level use. The prodisc® systems are being investigated for approval by the FDA for multilevel use.

Enrolled patients will be evaluated before surgery as well as after surgery (2 and 6 weeks, 3-, 6-, 12- and 24 months) with each visit taking approximately 1-2 hours. After the 2-year visit, patients may be asked to return annually for follow-up visits up to 7 years. Approximately 20 patients will be included in the study at the Center for Spine and Orthopedics with a minimum of 390 in the study overall. Patients with appropriate indications should review their condition with their doctor to determine if involvement in the clinical trial is appropriate. To discuss your eligibility, call Rianna Jackson, M.H.Sc, at 303-287-2800, ext. 323, or email jacksonr@centerforspineandortho.com.

For additional information on the clinical trial, including inclusion/exclusion criteria, click here.

About the Center for Spine and Orthopedics
The Center for Spine and Orthopedics (CSO) features advanced treatment and state-of-the-art equipment for the care of patients with spine and orthopedic conditions.
CSO founder and spine surgeon, Michael Janssen, DO, was among the first surgeons in the nation to perform total disc replacement (TDR). He participated in initial clinical studies and has been performing TDRs since 2006, when the FDA approved the ProDisc.
Spine surgeon Jacob Rumley, DO, joined CSO in 2020 after completing an AO Spine Fellowship at Augusta University. Previously, he served as an orthopedic surgeon and chief of orthopedics at Martin Army Community Hospital in Ft. Benning, GA. Dr. Rumley specializes in conservative and surgical treatment of the spine.

About Centinel Spine, LLC
Centinel Spine®, LLC is the largest privately-held spine company focused on anterior column reconstruction. The company offers a continuum of trusted, brand-name motion-preserving and fusion solutions backed by over 30 years of clinical success — providing the most robust and clinically-proven Total Disc Replacement and Integrated Interbody™ portfolios in the world.

Centinel Spine derived its name from the “Sentinel Sign”, the radiographic confirmation of a successful fusion anterior to the interbody device. For more information about Centinel Spine, please visit CentinelSpine.com or rediscovermyife.org