Dr. Janssen Published in Journal of Bone and Joint Surgery 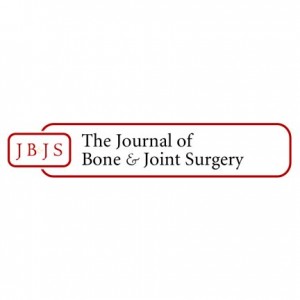 ProDisc-C Total Disc Replacement Versus Anterior Cervical Discectomy and Fusion for Single-Level Symptomatic Cervical Disc Disease—Seven-Year Follow-up of the Prospective Randomized U.S. Food and Drug Administration Investigational Device Exemption Study outlines our own Dr. Michael Janssen‘s recently completed a 10-year spine clinical research project. The article was just published in the November edition of the Journal of Bone and Joint Surgery! Check out a portion of the commentary from the publication, below.

Cervical Disc Replacement: Are We There Yet?

This report presents the seven-year results of a prospective multicenter trial comparing the efficacy and safety of anterior cervical discectomy and fusion (ACDF) with those of cervical total disc replacement (TDR) for the treatment of cervical single-level degenerative disc disease with radiculopathy. The original U.S. investigational device exemption (IDE) studies provided proof of clinical efficacy and safety, comparable with (and sometimes superior to) the long-standing standard-of-care procedure, ACDF, after two years of follow-up.

The authors present comparable clinical results for both groups at seven years. These results contrast with the reoperation rates, which were significantly higher for the ACDF group (18% versus 7%). Interestingly, the majority of revisions were at the index level for both groups, and no differences in device-related adverse events were demonstrated.

Figure 3 in the report by Janssen et al. shows a diverging trend for cumulative reoperation risk, particularly after the two-year follow-up, favoring the arthroplasty group. As quoted in the article, multiple previous publications have failed to show differences within the first two years. Nevertheless, more recent four-plus-year follow-up studies1-6 have produced results similar to those of the present study.

Although secondary surgery has substantial clinical and financial implications for the patients and insurance carriers, the coverage for cervical TDR is variable, and can be extremely low in some states. For example, in Iowa, North Carolina, and South Dakota, only 10%, 19%, and 7% of covered lives, respectively, have coverage for cervical TDR. On the other end of the spectrum, the rates in Washington, Texas, North Dakota, and New Jersey range from 80% to 90%7.

There are currently six cervical TDRs approved by the U.S. Food and Drug Administration (FDA) and available in the U.S. 8. Five have metal-on-polyethylene bearing surfaces, and one is a metal-on-metal design. Three of these prostheses have mobile–bearing surfaces, and three have fixed-bearing surfaces. The fixed-bearing metal-on-polyethylene devices have been shown to generate polymeric wear debris with periprosthetic tissue activation of macrophages and giant cells, whereas the metal-on-metal design has been found to generate small metallic debris, triggering lymphocyte activation. Of the very few retrieval studies available thus far, none have shown adverse central nervous system reactions to this wear debris. Long-term tribological implications will continue to be a concern as these prostheses continue to age, and must be considered when discussing these treatment options with our patients.