What’s Likely to Be Causing Your Knee Pain 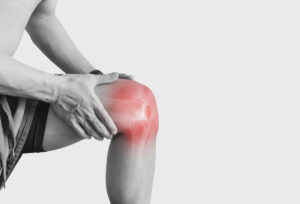 Our knee joint is one of the most complex joints in our whole body. We use it pretty much all day every day, so knee pain can be common in individuals. Continue reading below to see what could be causing your knee pain and how to treat it!

Oh, my aching knees! If that’s your daily refrain, whether you’re walking the dog, climbing stairs or just sleeping, you’re not alone. For many, the culprit behind that nagging soreness is osteoarthritis, which affects an estimated 31 million Americans — quite often, in this particular joint — according to the Arthritis Association.

But there are other common causes of knee pain, stemming from the fact that knees are our largest, most complex joints. “Knee joints allow you to stand up straight, walk stairs and get up and down from sitting,” says one professor of orthopedic surgery at the Mayo Medical School. “But they are also the most difficult joint because they’re not stable. Hip joints and ankles are both pretty stable by themselves, but the knee is just three bones trying to be good friends, and they need muscles and ligaments for stability.”

Knee pain is not to be taken lightly. A Japanese study, published last year in the Journal of the American Geriatrics Society, found a link between the onset of knee pain in people 65 or older and depression. And a recent study from the University of North Carolina School of Medicine Thurston Arthritis Research Center and Harvard’s Brigham and Women’s Hospital found that knee pain in men and women over age 45 correlated with higher rates of death.

So how do you know if your knee pain is bad enough to see an orthopedist? “If your knee hurts or is swollen or is affecting your function in some way, we want to address it,” says  an orthopedic surgeon at the University of Colorado School of Medicine who treats several university and professional sports teams.

During a standard knee exam, explains the director of Physical Medicine and Rehabilitation Sports Medicine at Stanford University, your doctor will ask about the particulars of your discomfort and do a physical exam, checking alignment (are the knees knocked or bowed?) and scanning for any issues with internal ligaments and cartilage. Your physician will also order an X-ray and possibly an MRI of your knees.

For those worried that a knee pain diagnosis will inevitably lead to knee replacement surgery, take heart: Many knee problems respond well to noninvasive treatments that allow you to either avoid surgery or at least delay it.

Causes
If you are over 50 and have knee pain, it is likely due to one of the following issues:

Treatments
Once your doctor has done an examination and pinpointed the culprit, treatment for most of the causes above will involve a multipronged approach. “There’s a step-by-step process that includes pain medication, weight reduction, physical exercise and sometimes the use of a brace, a cold pack or a neoprene sleeve,” doctors say. If those don’t work, there are a variety of injections into the knee that can provide relief and also correct the root problem. And if no remedy alleviates the daily discomfort, knee replacement surgery may be suggested.