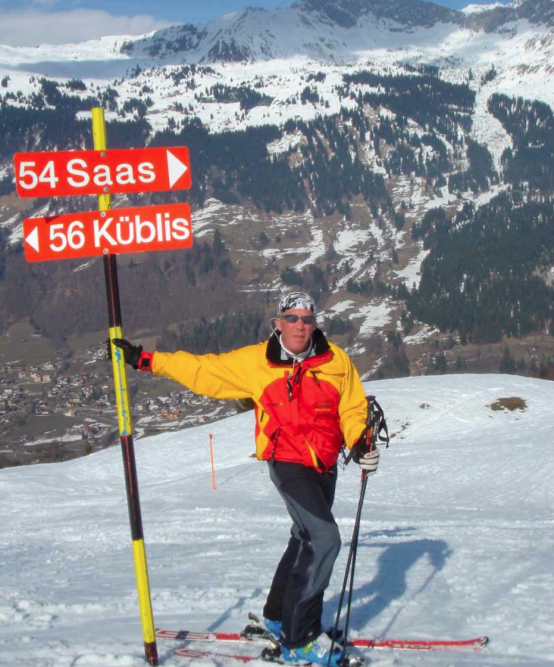 The introduction for an elaborately educated man begins similarly and parallel to the intro of a James Bond movie. The likenesses to such a notorious fictional character simply may exist in Dr. Michael Janssen. No, he isn’t an international spy, nor does he work secretly for the government. But put Doc in a high-action film with tricks and stunts and you have a main character who could challenge Bond himself. From being a certified scuba-diving instructor and snow-skiing off mountaintops to high-speed snowmobiling, backroad Harley tours and powerboat racing, Janssen lives the typical James Bond getaway scene as a way of life, and he has all the latest tricky gadgets to make it interesting.

But what will defeat Mr. Bond if ever matched as a competitor to Dr. Janssen, is Doc’s true-love skill as an internationally known Orthopedic Spine Surgeon.

Doc’s success is compounded by many accomplishments in his life. His skill as a surgeon tops this list, yet what must be noted is his business savvy and sincere goal to develop a “True Center of Excellence,” that teaches Spinal Education to the entire world. Doc developed the Musculoskeletal Learning Center, the Center for Spinal Disorders and the Spine Education and Research Institute. He was chairman for the AO Spine Foundation. He also founded and created a magazine, InSpine: The International Journal for Spine Care Professionals, of which he is Editor in Chief. All his Colorado-based businesses were founded and developed out of his love of his profession, and are operated with the positive character traits he possesses.

Although you wouldn’t expect our Bond-like hero to develop his skills and life journey from growing up near Des Moines, it was his small-town mentality that brought him his drive and successes in life. Doc remembers keeping busy working after school, first in his father’s mechanic repair shop as a mechanic, then summers learning the trade while his friends had free time. He claims this is how he became proficient with his hands and that it aided in his talent as a successful surgeon.

Mentally, it was competitive chess in parochial school that developed the mind game and ultimately taught Doc how to think. In several movie scenes, 007 alluded to how chess correlated thinking and planned actions. Doc says, “In chess one must move ahead, yet once you make your move you can’t change it. Chess is like life, and life is a series of different chess games.” Even today, Doc sponsors international chess matches at his Saratoga Resort & Spa property in Wyoming. 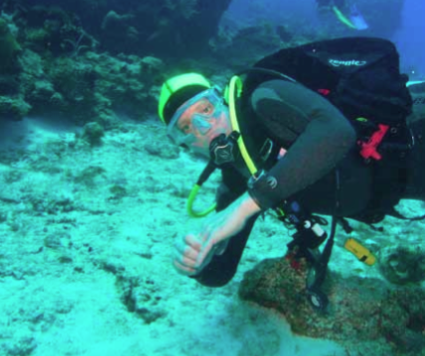 As a young teen, it was adventure that gave Michael Janssen his dose of adrenaline. And now, at age 53, nothing has changed. Scuba diving is one of many hobbies that started as a source of entertainment. He remembers that one year his birthday and Christmas gift combined was receiving classes to become a certified diver. The Janssen family began coming to the Lake in the 1960s and ’70s, and have fond memories of their cabin in Mill Creek. This is where entrepreneurship started for 12-year-old Janssen. The adventurous boy used his scuba skills to earn a little cash by diving for lake treasures and charging for underwater recovery missions.

In contrast, today Doc, the “James Bond of diving,” has extreme video footage of exotic underwater dives in seas that haven’t been explored. Like underseas adventures, each surgery Doc performs is an exploration into securing spinal health. His passion is the challenge to repair and solve spinal disorders.

“It’s easy to develop skills, but not talent,” he says. “It takes the HEAD to make good decisions; the HEART to make people realize you care for them; HARMONY, because one can’t work alone in a bubble; and HANDS that must be good. Having 10 thumbs isn’t good. I believe having all four H’s leads to being successful in anything you do.”

As Doc’s adrenaline need increases, so does his talent and creativity. Doc Janssen has a home at the 12mm at the Lake of the Ozarks, and enjoys boat racing and participation in the Lake Area SHOOTOUT and charitable poker runs. His V-bottom powerboat, Watch Your Back, will exceed speeds of 100 mph, while his other boat, the Saratoga Stampede, exceeded speeds of 150 mph. Watch Your Back is fondly named after his profession, and is the most expensive of his hobbies. His accomplishments in boat racing are as extreme as his boat’s speed. Again, Bond movies are famous for the boat chase scenes, but there’s not a chance Bond could ever outrun Doc Janssen!

Ultimately, it’s his passion for care and positive results that make him the 007 of spinal surgeon successes. Yet if you ask the humble doctor, it’s the failures he remembers most.

“I never kept track of those I saved, only the ones that I didn’t save,” Doc says. One defining case in 1993, a 75-year-old patient with a poor prognosis, made the decision to have the major surgery. Surgery went well and complete recovery was imminent. After five months, Doc lost track of her. Later, he learned that rehab ultimately proved to be too hard for the elderly woman, and she lost the will to live and passed away.

“What’s hard is knowing that she didn’t have the will to live,” he says.

Yet success is what drives him, whether it’s a patient who survives a difficult spinal surgery or the finish line of a boat race; competitive chess or a snowmobile ride through complete wilderness. Doc credits his dedication to the encouragement of Dr. Monroe Levine. Through the many years, Levine has mentored Doc to think outside the box and to keep progressing in his career to ultimately open spinal education and research facilities internationally. Now after more than 30 years and at age 75, Levine has joined his protégée as an associate in Janssen’s spinal facility.

Doc’s life has been rewarding in both his career and extreme hobbies in his 53 years. He says he wouldn’t change a thing, but if he could, it would be to “find balance in work and relationships, enjoy hobbies and develop surgeons so “Mike” can have more fun,” he says. “If you figure how you’re going to change the world, mine is training a surgeon from China to go back and help patients.”

Like a line from Dr. No, Doc’s ideal to a positive path in both his personal and business life is, “Those who fail to prepare should prepare to fail.” Janssen’s schedule allows no room for failure. From his daily morning fitness swim in his 2,800-square-foot pool to intricate surgery in the afternoon, he is prepared to be healthy and physically ready. Whether on a mountaintop or on a jet destined for a warm climate, his love is speed, difficult challenges and adrenaline-filled danger. Janssen… Doctor Michael Janssen proves he is the Lake’s extreme international hero.