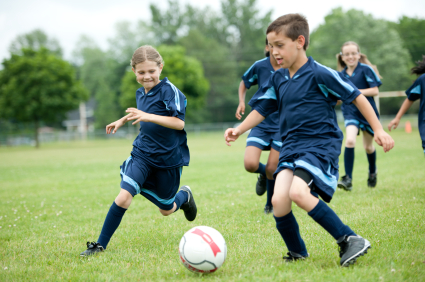 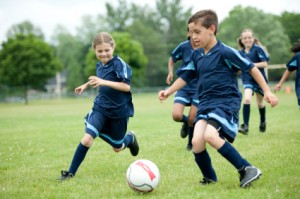 Lower back injuries are the third most common injuries suffered in athletes under the age of 18, according to a study presented by Loyola University Medical Center sports medicine physician Neeru Jayanthi, MD.

Many injuries are severe enough to sideline young athletes for one-to-six months, and put them at future risk for long-term back problems. Jayanthi presented findings Oct. 28 at the American Academy of Pediatrics National Conference and Exhibition in Orlando. The study included more than 1,200 young athletes who suffered 843 injuries. Lower back injuries accounted for 127 injuries (15.1% of the total). The only injuries more common were knee (31.1%) and ankle (16%). Other common injuries include head injuries and concussions (13.4%), shoulder (10.7%) and hip (6.4%).

61% of back injuries were less serious, such as injuries in the lumbar facet and sacroiliac joints. But 39% were serious, including stress fractures and complications of stress fractures such as spondyloysis and spondylolisthesis.

“If a young athlete has lower back pain for two weeks or longer, it is imperative that the athlete be evaluated by a sports medicine physician,” Jayanthi said. “If a serious injury such as a stress fracture is not properly treated and does not heal properly, the athlete could be at risk for long-term back problems.”

Jayanthi said young athletes are at risk of back injury from hyperextension (arching of the lower back) and other improper techniques. Insufficient strength of the abdominal and back extensor muscles also may contribute to injuries. The greatest risk appears to be the amount of intensive training done by a developing young athlete.