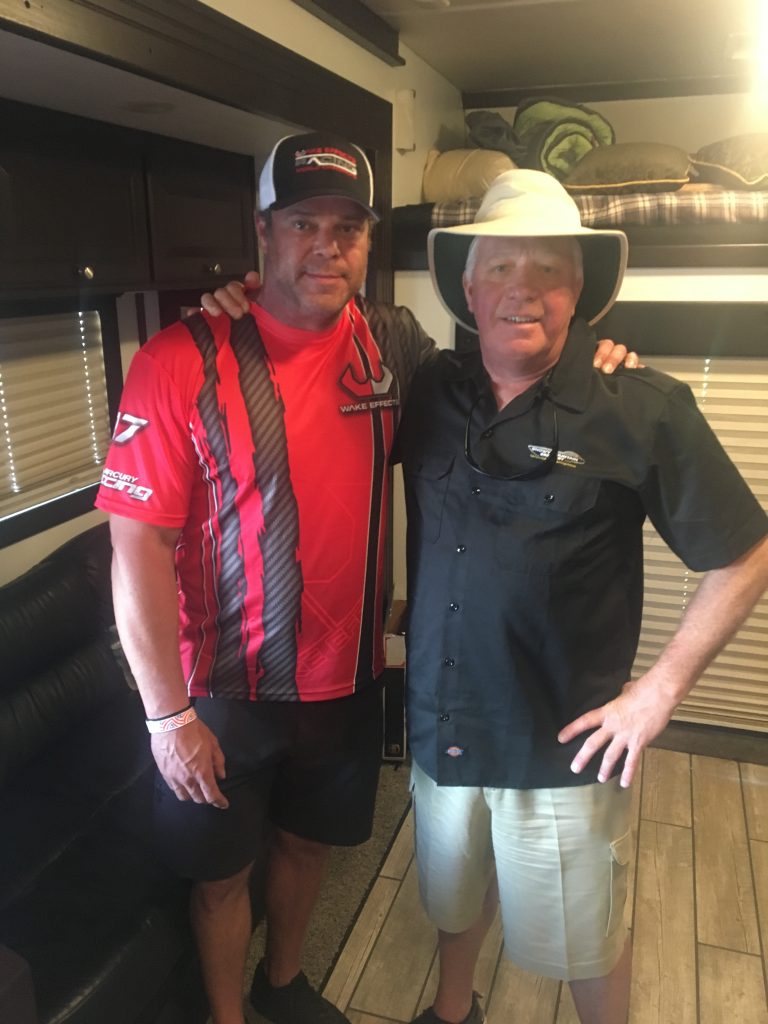 Speedboat driver Rusty Rahm and his Wake Effects Offshore Powerboat team won the 2016 Super Boat International Triple Crown of offshore racing in the Superboat Unlimited class, including the National, Florida, and World Championship, in his rookie year. Then, in November 2016, his neck began to hurt. In fact, it hurt so much that he could not sleep more than 10 to 15 minutes at night. For more on the backstory leading up to treatment, check out this recent news coverage by Jason Johnson from Offshore Only.

Rahm did not think his condition was serious, but after seeing one physician in Kansas City where he lives, he decided to call long–time family friend, Dr. Michael Janssen, a spine surgeon at the Center for Spine and Orthopedics. At the time, Rahm thought he might need a cortisone shot to relieve his pain.

Dr. Janssen ordered an MRI and after reviewing the results, he called Rahm right away. He explained to his friend that he had severe pressure on his spinal cord and was at risk for a spinal cord and nerve injury. It was not the news Rahm wanted to hear, especially since he was looking forward to the 2017 racing season, starting in May in Cocoa Beach, FL.

Dr. Janssen told Rahm that it was possible to be ready by then, less than two months away. He recommended a procedure to relieve the pressure on his spinal cord and an artificial disc replacement in Rahm’s cervical spine. The combination would offer Rahm what he was looking for—a quick recovery and state–of–the–art technology. Dr. Janssen has performed more than 1,000 of the procedures since the disc was approved by the FDA in 2006. His experience assured Rahm that he was in good hands.

Rahm and his wife flew to Denver on March 27. The next day, the speedboat racer underwent surgery by Dr. Janssen and experienced immediate relief of his neck pain. By that afternoon, he was walking around.

“After surgery, I had a tremendous sense of gratitude to Doc. He saved my life,” Rahm says. “If I had shown up in Cocoa Beach and hit a wave, I could have been paralyzed, or it could have been a life-ending event for me.” 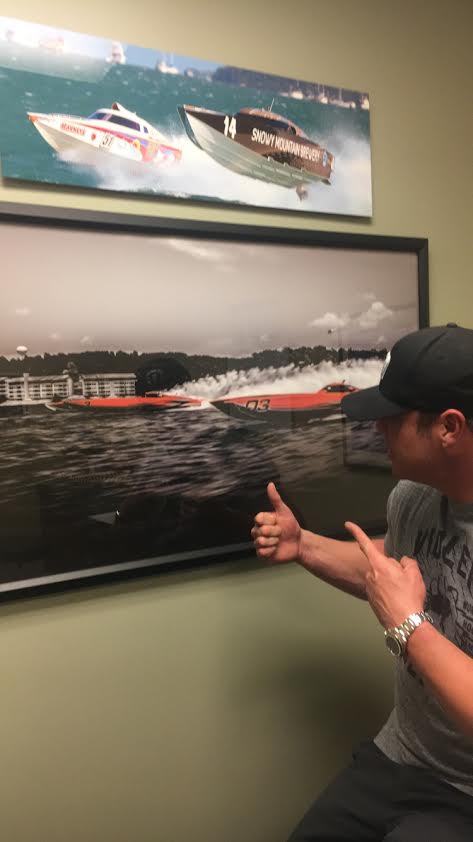 Rusy Rahm gives full approval to the artwork in his examination room at CSO.

Rahm does not know when his injury began. It could have been when he was lifting at his gym or perhaps during the Clearwater Super Boat National Championship race last September. The earpiece in his helmet became unplugged. “I turned my head sharply to plug my ear piece back in, and then we hit a big wave,” he recalls.

Whatever the cause, he has this advice for others. “If you’re experiencing neck and back pain, don’t procrastinate like I did. It can be more severe than you think,” he says.

About his experience with Dr. Janssen, he says, “You won’t find anyone more caring, professional or talented. My wife and I appreciate what he did from the bottom of our hearts. And I’m sure glad to be getting 6 or 7 hours of sleep a night now.”

Back on the Water

On May 21, Rahm was back on the water with a newly–wrapped boat for the Super Boat International 2017 Offshore Race Season Opener, the Space Coast Super Boat Grand Prix, in Cocoa Beach. Dr. Janssen checked on Rahm’s neck before the Wake Effects driver’s race began. “It’s pretty amazing when your surgeon is there and checks on you prior to your race,” says Rahm. “What a wonderful man!”

The water was rougher than it looked when Rahm and throttleman Jeff Harris launched out in their 48-foot MTI catamaran for the start of the Superboat Unlimited class race. With only two laps to go, the team had a seven–second lead; then, the Wake Effects boat broke a belt, and the team finished in third place.

Despite mechanical difficulties, Rahm says, “It was great to be back racing, and my neck felt great.” The team showed strong pace, collected critical Championship points, and will be ready to tackle the next race in two weeks time at the Lake of the Ozarks!

For a sneak peek of Rahm and the Wake Effects Offshore Powerboat Race Team in action at the 2017 Space Coast Super Boat Grand Prix, check out the video and gallery below!

How To Protect Your Spine At Amusement Parks
June 29, 2020

How to Prevent Back Pain When You’re Traveling
June 23, 2020

Dr. Michael Janssen Wins Most Likely to Turn Your Day Around
June 18, 2020