Not Exercising Properly Can Cause Back Pain 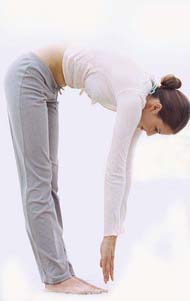 People who take part in regular physical activity may be increasing their risk of back pain or other damage by not exercising properly, it has been claimed.

According to a new survey published today by Arthritis Research UK and the Chartered Society of Physiotherapy (CSP), a combination of a lack of exercise and improper exercise could be contributing to an increase in the risk of osteoarthritis later in life.

The poll found that three in ten people never warm up or warm down when exercising, which risks injury by not preparing the muscles and joints for activity.

When asked why, a third of people said they could not be bothered warming up, while a fifth said they do not know how to do so.

Only three per cent of respondents to the survey were doing the recommended amount of exercise each week, with just one in 25 people citing the improvement of joint health as a reason to do so.

“Far too few of us are doing enough daily exercise – and many people who are physically active are not exercising safely,” she commented. “Failing to warm up first and cool down afterwards may increase the chances of suffering an injury, which could potentially lead to problems like osteoarthritis in later life.”