Ireland: The Effects of Cost Cutting on Spine Care

Healthcare services are not immune to greater economic pressures. Despite the essential nature of good healthcare, it is also subject to shifting bottom lines. An orthopedic spine surgeon from the Republic of Ireland shares his take on the human and long-term economic costs of hospital budget cuts in his country.

Ireland has an orthopedic consultant to population ratio at least 2–3 times lower than the rest of western Europe, at 1 per 50,000–60,000; there are only about 90 trauma and orthopedic specialists in the public service, and there is less than 1 spinal surgeon per 225,000–250,000, with a handful (4–5) specializing in deformity.

Long waiting times
Waiting times for outpatient appointments range from 6 to 18 months. Projected waiting times for surgery in 2007 and 2008 reached up to 3 years (note: this was before the economic crisis hit!). In 2008 the average major curve Cobb angle was 70 degrees at time of review in the outpatient clinic and 80 degrees at time of surgery, demonstrating an average deterioration of 10 degrees purely due to waiting. We further analyzed this data in 2009 and the incurred cost of waiting alone was an average of EUR 10,000–15,000 per patient. This is not an advantage for a resource stressed service. In elective adult services the situation is not much better. We have up to 2 year waiting lists for elective spinal outpatient clinics and 2–3 year waiting lists for surgery. 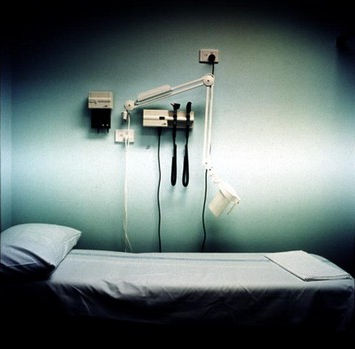 The situation was alarming before the advent of recent economic crisis and thus we are all filled with dread at the prospect of further budget restrictions imposed on an already pressurized public health system. Take, for example, our pediatric hospital where a total budget requirement of EUR 146 million for 2009 was not met by the Treasury with EUR 137 million given. And the 2010 budget plan was EUR 120 million, arguably nearly 20% below projected requirements for services 2 years previous. In 2009, to save on staff costs and overheads, the hospital closed 25 beds and one operating theatre, reduced outpatient appointments, cancelled agency staffing and offered unpaid leave to staff. The result is that while emergencies will be dealt with, the less urgent cases, such as elective spinal, orthopedic, cardiac and other surgical cases will be left waiting longer. Pediatric operating lists were reduced by 20–25% due to cancellations related to bed availability in late 2009 and early 2010. Currently, the health authority structure is not organized to fund the projected 150–200 spinal deformity surgeries we would expect to list for surgery per year.

Change could come
In a large part of the UK (NHS system) there is a system of activity-based funding: a scoliosis operation or management would provide hospital funding of EUR 30,000–40,000. Thus the more spine units are active and produce high quality work with lower reoperation rates, the more funding they attract and the better they become. Our new incoming government has made commitments toward pure activity-related resourcing for all hospital services. (How this can be funded in an austere time remains to be seen.)

This situation should be contrasted with the private health sector, where insurance based health care provides a good standard of service for the Irish population. Insurance penetration reached up to 50% of the population at its peak. The premiums are relatively low and this has the benefit of encouraging those who can afford it to purchase coverage, and take responsibility for their own health care, reducing demand on the overstretched public services.