The Center for Spine and Orthopedic’s own Dr. Michael E. Janssen recently had the honor of speaking as the guest lecturer at the International Masters Spine course in Shanghai, China earlier this month! 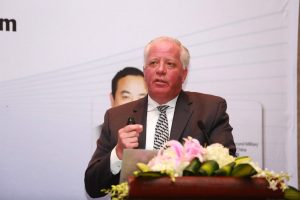 “I was honored to be invited as the guest lecturer of the International Masters Spine course in Shanghai, China. It was a full course of surgeons from around China. I had the opportunity to reunite with many of our past surgeon fellowships that we have trained in Denver over the past 20 years,” reflects Dr. Janssen. 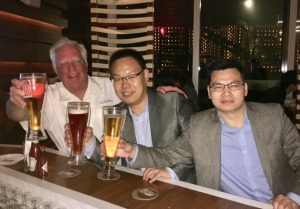 Janssen continued, “It was a short three-day trip, but at least there was a brewery in my hotel;  I was able to organize a tour and even time to meet with their local Brew Master—who is one of only three in Shanghai out of a population of roughly 45 million people.”

On Friday, Janssen joined the brewery for a celebration in honor of a new release of a seasonal beer. He enjoyed the event so much, he ended up accidentally being late for the faculty dinner. However, due to Chinese customs, the faculty all graciously awaited his arrival before beginning the meal. The meal transitioned to one of a more festive tone as the team paired their food with toasts and red wine shooters, a warmly welcomed first for Dr. Janssen as he recalled shots of Maotai from a previous trip not being quite as delectable. 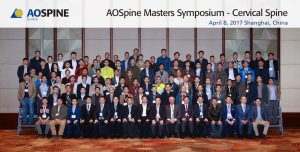 “This country has changed so much in the past 15 years,” comments Janssen, “involving changes in clothing, attitude, westernization, and money. I was here three times in 2016, and each time I was fascinated to see the culture that stayed the same for thousands of years changing so rapidly.”

Check out the gallery below for a sneak peak of Dr. Janssen’s trip, including the International Masters Spine course in Shanghai.