How Personality Is Linked To Back Pain

According to a new study, there is a fascinating correlation between levels of anxiety and defensiveness in patients exhibiting chronic back pain.

The subjects were shown multiple sets of a neutral image alongside an emotion-provoking image – specifically related to back pain. The study explained that the dot probe task was made up of 20 practice trials and 250 experimental trials.

Although the HA group did not show bias, the other 3 displayed clear differences. “Post hoc analysis showed the DHA group differed significantly from both the HA and REP individuals,” the report confirmed. 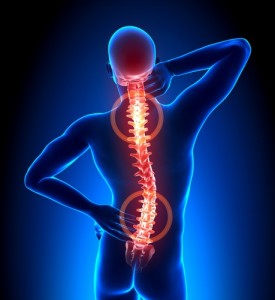 The authors noted that the difference between the DHA and HA groups should be highlighted since the results suggest that the defensiveness factor plays a key role in attentional bias towards back pain.

“The demonstration of an attentional bias to threatening information could explain why defensive high-anxious individuals are more likely to show persistence in the pain management system,” the study explained. Now that data confirmed cognitive processes as a contributor to pain, it opens the door healthcare workers to tackle the problem on a different level.
This article originally posted on HCPLive.com
Categories: Health & Wellness, News, OrthopedicsBy CSOMay 21, 2015
Share this post
Share on FacebookShare on Facebook TweetShare on Twitter Pin itShare on Pinterest Share on LinkedInShare on LinkedIn