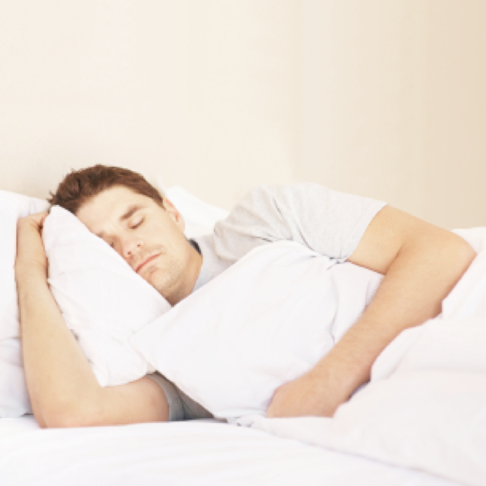 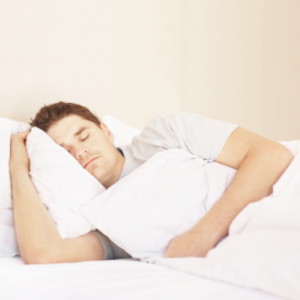 Experts say there is no one right way to sleep. But for people with certain types of pain and medical conditions, there are positions that can help keep problems from getting worse and may even alleviate them. In some cases, sleeping in the same position night after night can itself create pain, such as neck or shoulder problems.

“It’s important that people take time to think about how they position themselves when they sleep,” said Peggy Brill, a Manhattan orthopedic physical therapist. “Rest is important for the muscular skeletal system to recover” from the day’s stresses, she said. “The proteins get back into the muscles, there’s rejuvenation of the body, so you want to be in a healthy anatomical position when you sleep.”

The most common sleeping position is on the side—57% of us at least start the night in that position, according to a nationwide survey of more than 2,000 people performed for mattress maker Tempur-Pedic North America. That’s followed by the back—17% of people opt for this position—and the stomach, 11%. Most of the remaining respondents said their position when they first go to bed varies each night.

Moving around during the night is common. Videotaped sleep studies have found that adults might change their position between three and 36 times a night, with the average person switching about a dozen times. The tendency to shift in one’s sleep decreases with age.

Each sleep position has benefits and disadvantages, although sleeping on the stomach generally isn’t recommended because it can constrain the neck. Lying flat on your back, for instance, may be good for the lower back but can exacerbate digestive and breathing problems—and snoring.

Here are some common conditions that may be helped by specific sleep positions.

Back pain.
The rule of thumb for many back problems is that sleeping on the back is the most comfortable. Keep a neutral position, with your spine aligned as if standing straight. Avoid flexing forward, for instance, by sinking into a mattress that is too soft, or bending backward, said Nick Shamie, associate professor of orthopedic surgery at UCLA and spokesman for the American Academy of Orthopaedic Surgeons.

For people suffering from lumbar spinal stenosis, in which nerves are pinched in the lower back, lying in any position can create significant pain except, perhaps, when the knees are bent.

“When these people are sleeping, whether on the back or side, they like to bend their knees because that brings their legs up and opens up the back of their spine,” said Dr. Shamie. Spinal stenosis patients often place a pillow under their knees when sleeping on their back or between their legs if sleeping on their side. Adopting a fetal position while sleeping also helps ease pain for many patients, he said.

Shoulder pain.
Avoid sleeping on the side with the painful shoulder. Sleep on your back with a small pillow to support the bad shoulder. Or, if you sleep on the other side, hug a pillow. 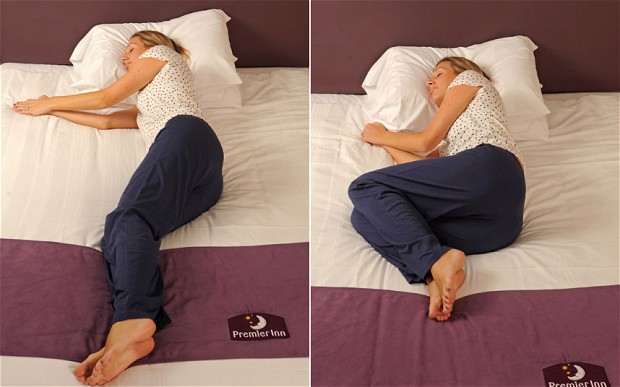 Also, if the neck isn’t adequately supported, you could get compression of the nerves that go from the neck to the arm, said Harvard’s Dr. Wilmarth. “That’s when you can get numbness or tingling, usually with the compression of a nerve from the sleeping position,” she said.

Neck pain.
Avoid sleeping on your stomach, experts advise people with this condition. Turning the neck to the side compresses the joints. “Sleep on your side or back,” Ms. Brill said.

Also, use a pillow that is as thick as the space between your neck and shoulder, and position it above the shoulders so they don’t become hunched, she said. “You want a soft down pillow or something similar that you can kind of bulk and put into the hollow of your neck and support your head,” Ms. Brill said.