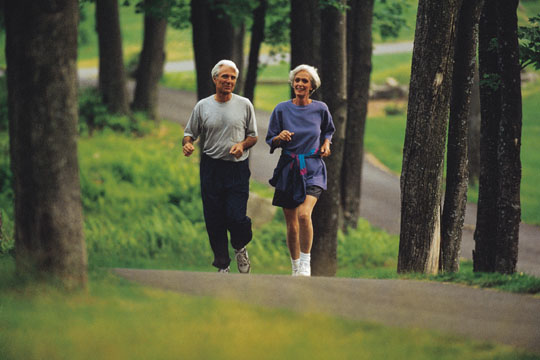 ScienceDaily (June 28, 2011) — Physical exercise has a positive effect on the formation of cells in the intervertebral discs. This is shown by a study from the Sahlgrenska Academy, University of Gothenburg, presented at the annual meeting of the International Society for the Study of the Lumbar Spine (ISSLS), which is currently taking place in Gothenburg.

Pain in the lumbar spine is common and may be due to disc degeneration, which means that the disc cells no longer have normal functions. Based on the results of the study, the research team led by Helena Brisby and Björn Rydevik intends to go on to study whether the cells in degenerated discs respond as positively to exercise as they have now shown to do in normal discs.

“Physical exercise is already an important part of the treatment for back pain today, but there is limited knowledge about the specific effect that exercise has on the discs and what the optimal dose of exercise is,” says Björn Rydevik, a professor in the Department of Orthopaedics at Sahlgrenska Academy.

The research team plan for continued studies with this animal model, which hopefully will establish whether exercise can prevent disc degeneration and could consequently prevent back pain, but also aims to study the effect of exercise when back problems have already arisen.