Does Your Back Hurt? Then Put Down that Butt! 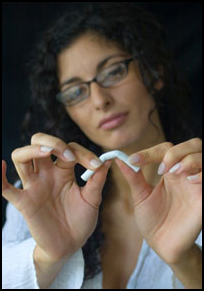 Each year, an estimated 443,000 Americans die prematurely from smoking or exposure to secondhand smoke. Despite these known risks, approximately 46.6 million American adults smoke cigarettes.   It may not be as well-known, but smokers are more prone to back pain and spine problems than nonsmokers. There are many reasons for this, including:

If you are a smoker and are considering spinal surgery, your spine professional will likely counsel you to quit smoking. By quitting smoking before surgery, you will give your body the very best chance of healing well and it can actually affect the overall success of your surgery. Some facts: