Back Pain Is Making Half Of Workers Suffer 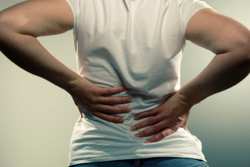 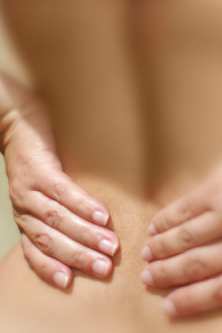 More than half of UK workers have suffered from back pain in the last 12 months, with one in five needing time off work as a result.

Figures show that the prevalence of back pain is high among every age group, with half of people aged between 16 and 54 suffering some form of back pain –neck to hip – in the past year.

These are the findings of new study by Nuffield Health, the UK’s largest healthcare charity, which reveal a snapshot of the widespread problem among UK workers.

Almost half of those surveyed said they had sought treatment via their GP, but a third said they had failed to find a successful treatment solution. Figures released last week by the Office for National Statistics confirmed that musculoskeletal problems accounted for 34.4 millions lost working days in 2011, more than any other illness.

Dr Andy Jones said: “Back pain affects a huge number of people on a daily basis. If these figures reflect the wider working population you have a situation where many thousands of people are suffering permanent, debilitating back pain. People are left to cope with pain killers because they have been told their treatment options have been exhausted, when often this is often not the case.”

The study shows that around half of those who responded had sought treatment via a GP, with a third failing to find a solution. Of these, 6 per cent said they had been suffering for more than five years, suggesting patients with serous and complex medical needs.

Of those who found a successful treatment, a third used physiotherapy; one in five used exercise, while a smaller group – 7 per cent – required surgery.

Only 3% of those who responded said that the pain went away with time.

“Back, neck and spine pain can be very debilitating and often leads to depression and long term sickness. Early treatment offers the best results but often patients are caught in a dilemma between their pain on the one hand and a fear of treatment on the other. Surgery is only necessary in a small number of people who have failed with other options like injections or physical therapy. Recent advances have made treatment safer, the results better and the recovery faster. People should not suffer in silence, in the 21st Century there are solutions for the vast majority of people.”

Cabella Lowe said: “Back pain is often a combination of factors, which can include poor posture, weak spinal supporting muscles and poor movement patterns. People who are inactive for large parts of the day, typically hunched over a computer keyboard, often suffer with back pain. Many people just need the right advice on what to do to help their back, others benefit from “hands-on treatment”. The important thing is to seek expert advice quickly, as research shows that early intervention is the key to getting rid of back pain quickly.”