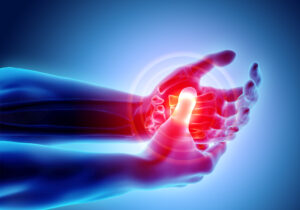 Learning how to manage Rheumatoid Arthritis (RA) pain when in remission is not an easy task. Read the article below to learn how to regain your strength and conquer tasks with 6 essential facts on rheumatoid arthritis remission!

While remission is one of the main goals of rheumatoid arthritis treatment, there’s a lot about it that’s misunderstood. Find out what you need to know.

There’s no cure for rheumatoid arthritis (RA), a chronic, inflammatory type of arthritis. But it is possible to achieve remission, a period when your condition is well controlled.

With remission, you may feel as if your RA has gone away, at least for a while. “That is actually our goal: to be in remission,” says Orrin Troum, MD, a rheumatologist at Providence Saint John’s Health Center in Santa Monica, California.

Achieving this goal can be more challenging for some people who have RA than others. In studies, the incidence of people whose RA was in remission ranged from 5 to 45 percent at any one time.

Here are some facts about RA remission to keep in mind:

When your RA symptoms seem to be in check and you feel good, it may seem like an obvious sign of remission. But from a medical standpoint, remission is a little more complex.

In the 1980s, remission was defined as the elimination of all RA disease activity. But in practice, this definition wasn’t a realistic goal.

Today, remission is defined as a limited or small amount of disease, according to the Arthritis Foundation.

Doctors use a number of criteria to determine if RA is in remission. These can include:

“Some remission definitions have to do with the person’s subjective feelings,” adds Dr. Troum.

For example, your rheumatologist may ask you to describe your RA on a scale of 1 to 10, with 10 being the most bothersome. If you say 2 or higher, you haven’t achieved remission — regardless of other remission-defining criteria.

“Even though a person may not have any tender or swollen joints and their tests for inflammation are normal, if they say they’re a 3 on the scale, they’re not in remission,” explains Troum.

2. The length of remission can vary dramatically.

Although the goal is to maintain remission for as long as possible, the length of it varies by person, according to Troum. An article published in Therapeutic Advances in Musculoskeletal Disease states the duration of remission in RA can range from just a few weeks to over 12 months.

3. The sooner you start treatment, the greater your odds of achieving remission.

“You typically need to have symptoms for at least six weeks to make the diagnosis, but the earlier you get diagnosed, the less damage will be done,” Troum says. “As soon as you can control the inflammation, you can prevent the changes in the joints from progressing.”

The most important step in maintaining remission is to stick to your treatment plan and take your medication exactly as prescribed.

In addition to early diagnosis and treatment with DMARDs, frequent assessments of disease activity (typically every 3 months) with adjustments in medication as needed can help most people with RA achieve remission or low disease activity, according to a study published in June 2021 in Open Access Rheumatology.

That said, your lifestyle also plays a role. Some ways to maintain remission:

5. You may be able to cut back on your medication when you reach remission.

You may be able to start taking a lower dose of your medication once you’ve been in remission for at least 6 months, under your doctor’s guidance. That said, you probably won’t be able to go off all medications — particularly DMARDs, says Troum.

“Sometimes, people are on two or three meds for their arthritis, and yes, they can taper down some,” he says. But the DMARD you take, whether it’s a traditional DMARD, a biologic, or a janus kinase (JAK) inhibitor, is what’s keeping you in remission. “You usually need to stay on that or switch to [another DMARD] that will keep you in remission,” Troum notes.

Work with your doctor to determine if you’re able to taper your RA medication during remission.

Eventually, nearly everyone who has RA will experience a relapse. This can occur if you stop taking your DMARD medication, but it also can happen if you’re doing everything exactly as you should, because your body can become resistant to a particular medication you’re on.

Your doctor will want to confirm you’re taking your medication consistently and correctly. If you are, but still relapsed, you may need to switch to a different DMARD to regain control of your symptoms. “Different biologics have different mechanisms of action, as do JAK inhibitors,” Troum says.

If you have a flare-up, notify your rheumatologist right away so you can take steps to adjust your treatment plan and, ideally, regain remission.