The Science Of Post-Workout Recovery: Busting Myths And Spilling Facts 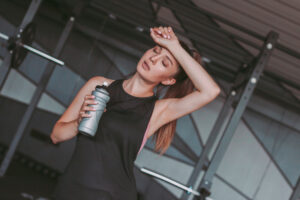 There are so many myths circulating when it comes to fitness. What works for some might not work for others. However, that is the beauty of the human body: no two are the same. Working out is something that every individual needs to tailor to their liking or else it will not be effective, including post-workout recovery. Continue reading to find out which post-workout recovery tips are myths and which are facts.

There are probably a lot of recovery myths that you’ve been led to believe ever since you’ve started doing jumping jacks. “No pain, no gain,” “you’re supposed to feel the burn,” or “just sleep it off,” are some of the things that have been repeated time and time again.

This isn’t just bad advice, it’s also pretty dangerous. Recovery is often one of the most overlooked yet most vital parts of the fitness experience. Failure to properly recover after any kind of workout, whether it’s intense or not, can either put you on the sidelines or cause your body to pay the price years down the road.

That’s where we come in. We’re here to bust six of the most common recovery myths, and give you the real science on how to take care of your body to keep it moving like a well-oiled machine.

For this piece, we did a deep dive into some of the scientific studies done on recovery, and spoke to sports doctor Mike Masi, a physical therapist, certified sports nutritionist, and Garage Gym Reviews expert panelist to get his take on some of these myths.

Medical Disclaimer : All information in this piece is for informational purposes only. You should not use it to replace any professional medical advice, diagnosis, or treatment of health issues. Any questions about your health should be directed toward a physician or licensed healthcare professional.

Myth: You Must Stretch After Every Workout
Fact: Post-Workout Stretches Do Little To Nothing For Recovery
Let’s be clear: We’re big fans of stretching, and encourage you to do it when needed. And if you want to stretch after a workout, then by all means go ahead. That said, if anyone’s told you that it’s a requirement to stretch after every single workout, they’re just wrong.

People claim that post-workout stretching can help loosen tight muscles, prevent injuries, and increase blood flow to aid in the delivery of nutrients to the areas you worked out. And there are even studies that back all that up, but they often only look at a small group of people (three dozen at the most), according to a meta-analysis of such studies.

That analysis was done in 2007, and a separate one published in 2021 had the same conclusion: post-exercise stretching had minimal impacts on muscle recovery. At best, stretching reduced muscle soreness by 1-4 points on a 100-point scale—aka, peanuts in the grand scheme of things.

There’s also no evidence that it’s harmful, so we’d like to reiterate that if you want to do it then you should. That’s the approach Masi takes with his clients.

“Stretching after a workout may help, but it’s not necessary,” he says. “I usually recommend stretching for endurance athletes such as distance runners, since they have super high volumes of monotonous work and rarely are moving into end ranges throughout their workouts.”

Myth: You Should Do Active Recovery Workouts On Rest Days
Fact: Rest Days Should Be Used For, Wait For It, Resting.
Really, we shouldn’t have to explain this one because the prescription for a rest day is literally in the name. We’ll say it just to make sure we’re clear: rest days are for resting (we’d put the clapping emoji in between every word if we could).

For those who don’t know, active recovery is a fancy word for light activity that is thought to aid in the recovery process. It could be a brisk walk, yoga, or swimming. The idea is that by moving your body, even on a day you’re not lifting or going on your usual morning run, you keep blood moving to your muscles and keep them nimble.

People who preach this usually say being a couch potato on your rest day will set back your progress. Science, though, is just not on their side.

One review of more than 150 studies, which contained a total of 471 subjects ranging from everyday adults to professional athletes, found active recovery can be good for one’s mental health, but it didn’t improve muscle recovery or athletic performance.

In other words, you don’t have to feel guilty about binging your favorite Netflix show on your off day (even if it’s the one you’ve watched 20 times).

Myth: Foam Rollers Are Better Than Massage Guns
Fact: They’re Not, But Massage Guns Aren’t Necessarily Better Than Foam Rollers Either.
There’s quite a bit of skepticism around massage guns, mostly due to the fact that they’re still quite new. Foam rollers, on the other hand, have been around for decades and have been trusted by physical therapists everywhere.

There aren’t any studies comparing foam rollers against massage guns yet, but researchers have looked at both individually and found each to be an effective way to promote blood flow to muscles, increase flexibility, and prevent future injuries.

One study specifically looked at Hypervolt, one of the best massage guns in our opinion, and recommended it for athletes who want to have better range of motion without losing muscle performance.

Similarly, foam rolling has consistently been linked to improved range of motion by multiple studies. So really, it comes down to preference at the end of the day. 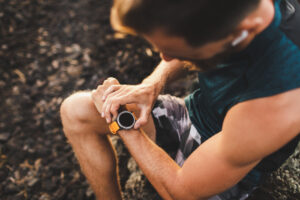 Myth: Your Fitness Tracker Knows All
Fact: Fitness Trackers Aren’t Magical Devices
Fitness trackers have come a long way from the days where they only counted your steps and heart rate. These days, they can measure your exercising heart rate, the amount of oxygen in your blood, how well you sleep, how tired your body is, and much more.

The problem is, according to multiple studies, many of these fitness trackers either under- or over-estimate these statistics. Researchers have also found that almost no fitness tracker has been able to accurately measure energy expenditure (the amount of calories burned) when compared to tools used in a laboratory setting.

The same studies, though, said fitness trackers were great for motivation and gave users a pretty good idea of their metrics, but they’re not perfect.

Masi says any product that can collect information on someone’s health can be of good use to those who train on a regular basis.

But what about those trackers that measure your sleep? Researchers have found that there’s been some variability between users, but not a lot, and that such devices are great for people who want to have a rough idea of what’s going on with their body. But again, they should not rely on them to tell you how their body is doing.

Technology is great, but we still have a while to go before it can do everything for us (which sounds very much like Skynet). In the meantime, listen to your body and take care of it when it’s feeling run down or in need of sleep.

Myth: Static Stretching Is Better Than Dynamic Stretching
Fact: In Reality, You Can Have The Best Of Both Worlds.
Static stretching is when you stand in one place and move a muscle as far as it will go for a few seconds, whereas dynamic stretching involves much more movement and more muscle groups (foam rolling is an example of dynamic stretching). People will often debate which one is better for post-workout recovery, and the real answer is it depends on which one you like.

While most studies look at the effects static and dynamic stretching have on a specific muscle or movement, one review of multiple studies found that both provide similar improvements for range of motion, blood flow, and athletic performance.

If anything, the review found, one might be better for one group of people over another: athletes should lean more toward dynamic stretching, whereas older adults should stick to static stretching. Physical rehab patients can benefit from both, the study found.

Myth: More Soreness Is Always Better
Fact: Ugh, No. Stop Believing This.
Ah yes, the age-old classic “no pain, no gain.” This one was popularized by actress Jane Fonda in her 1980s aerobic workout videos, and it’s based on the belief that you need to experience what’s called delayed onset muscle soreness, or DOMS, for your workout to be effective. If you’ve ever squatted and then a day or two later struggled to get out of bed, you’ve had DOMS.

This may be based in some truth: when you exercise your body breaks down microscopic muscle fibers, which are then rebuilt through the recovery process and to make your muscles bigger. And that could hurt depending on the intensity of your workout, how many muscle groups you exercised, and how seriously you take your recovery (i.e. eating enough food and getting ample sleep).

But the idea that a workout that’s not followed by soreness is a waste is just not correct. Studies have shown that your muscles can grow regardless of whether you feel pain in the areas you worked out or not.

Not to mention that extreme soreness can be a sign that something is wrong with your body. Rhabdo, also known as Rhabdomyolysis, is a condition in which the breakdown of muscle tissue (which is what happens during exercise) releases a damaging protein into the bloodstream, which can result in severe kidney damage.

Recommended Recovery Plan: Rest Like A Pro
The problem with most recovery advice is that it’s often generalized when not everyone trains or even looks the same. The recovery plan for a 6’6” powerlifter is going to look a lot different than a 5’0” track star.

So that’s why we’re a little hesitant to give a recovery plan, but there are three steadfast rules you should keep in mind.

Takeaways
If you have a car, odds are you probably make sure it has enough fuel, has all the necessary fluids, and has the right tire pressure. We should be taking the same precautions with our body, especially if we train it on a regular basis. Bad car advice means you’ll end up in the repair shop more often than not, and it’s basically the same with our bodies.

One important thing to keep in mind is many of the claims we covered here, and others, have studies that initially back them up but then start to show flaws the closer you look at them. Studies conducted on rats or on a small group of people aren’t as trustworthy as studies done on hundreds or even thousands of people (keep in mind that while we’re similar to rats in some ways, we’re very different in many more).

Also, many studies are funded by people with conflict of interests (those people are supposed to disclose their affiliation in the publications), so keep an eye out for those.

Most importantly, just listen to your body. It will let you know when it needs a stretch, a nap, or even a run. Yes, the professionals have a good idea on how your body works but they’re not using it everyday and experiencing the sensations you are. Trust yourself to know what’s best for you.

Anti-inflammatory Diet Could Help Reduce Low Back Pain
May 11, 2022