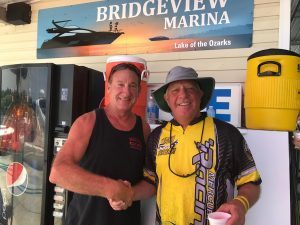 Last summer, the pain in Greg Newell’s neck felt as if someone was sticking a knife in his neck from the inside out. “The pain came and went, and I began getting used to it,” says the 57-year-old owner of Bridgeview Marina in Osage Beach, Missouri. Newell was also having difficulty swallowing, but decided not to do anything about it at that time. Later, though, when he began feeling like he was getting a cold, he went to see his primary care physician, Dr. Mark Jones, of Osage Beach. Dr. Jones ordered x-rays and after examining them, told Newell that he needed to see a specialist. “He said that I had some bone spurs and other stuff going on in my neck,” explains Newell. After that, Newell started looking for a spine surgeon in Kansas City and St. Louis, but he didn’t feel comfortable with anyone.

It was not until later, while at a speedboat race, that Newell’s friend John Pfahl introduced him to Dr. Michael Janssen, a spine surgeon at the Center for Spine and Orthopedics in Thornton, CO. Newell thought that Dr. Janssen wouldn’t have time to see him since the surgeon was racing that weekend, but Phahl told Dr. Janssen about Newell’s problem. “Fifteen minutes later, here comes Dr. Janssen,” says Newell. “He told me that he’d come to my house at 7:30 a.m. the next morning to examine me before his 9 a.m. race.” Upon examination, Dr. Janssen informed Newell that he had bone spurs going into his spine and throat and that several needed to be removed. 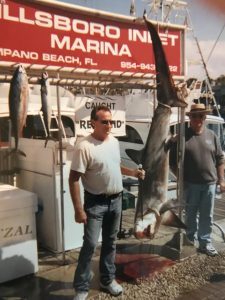 Since Newell was very busy with his marina and construction business during the summer, he decided to wait until his marina closed for the winter to have the procedure done. Thus, it was not until the week before Christmas that he had Total Disc Replacement (TDR) surgery in his cervical spine. An hour and a half after Dr. Janssen the procedure, Newell was eating and walking around. He recalls a nurse walking by his room saying,

“Wow! I don’t have to ask who your doctor was. All of Dr. Janssen’s patients seem to recover so quickly.”

Newell had no need for the pain pills that Dr. Janssen prescribed. “It was ridiculous how fast I healed,” Newell says. Although Dr. Janssen discharged him the next day, Newell stayed at a hotel that Friday night. The next morning, on Christmas Eve, Dr. Janssen and his staff met Newell at the Center of Spine and Orthopedics to perform post-operative x-rays so Newell could fly home that afternoon and spend Christmas with his family the next day. Three days later, Newell didn’t feel has if he’d had surgery, and by New Year’s Eve, he felt so good that he joined in New Year’s festivities at the marina. 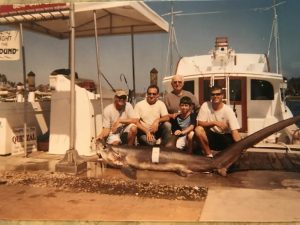 “Dr. Janssen continued to text and e-mail me for about the next six days to make sure I was okay,” recalls Newell. “I’ve never had a doctor care so much. It’s not the money he’s worried about. It’s the person.”

Since his procedure, Newell has referred his sister and some of his friends to Dr. Janssen. His sister had two spinal fusion surgeries by Dr. Janssen that have enabled her to sleep once again. “My parents say she’s like a new person,” Newell says. “One of my friends who went to see Dr. Janssen said that he’d never met anyone like him,” says Newell. “Dr. Janssen makes you feel very confidant that he can fix your problem and make you better.”

His advice for anyone contemplating spine surgery: “Go see Dr. Janssen and get a second opinion.” One of Newell’s friends in Kansas City was told that he would have to have bone cut from his spine and more, but Dr. Janssen was able to fix his problem without doing so. “My friend feels the best he’s felt in three years,” says Newell. “He says that he cannot refer enough people to Dr. Janssen.”

Since TDR surgery, Newell has not had any more neck problems and is once again able to enjoy the outdoor sports he loves, including hunting, fishing and boating, without concern that he will have neck pain again. He has only one regret. “If I’d know the recovery was so short, I would have gone ahead with it sooner,” he says.